Just two years ago,  Grammy-nominated soul singer Leon Bridges could be found with dish rags in hand and washing dishes in a Texas restaurant.  During that period, he was playing shows to as few as 10 or 15 people at a time.  But fortunately, the tables have turned for Leon Bridges and now that he has removed the apron, he’s gone from dish rags to riches and has a preferred taste for a more mid-century fashionable flare. 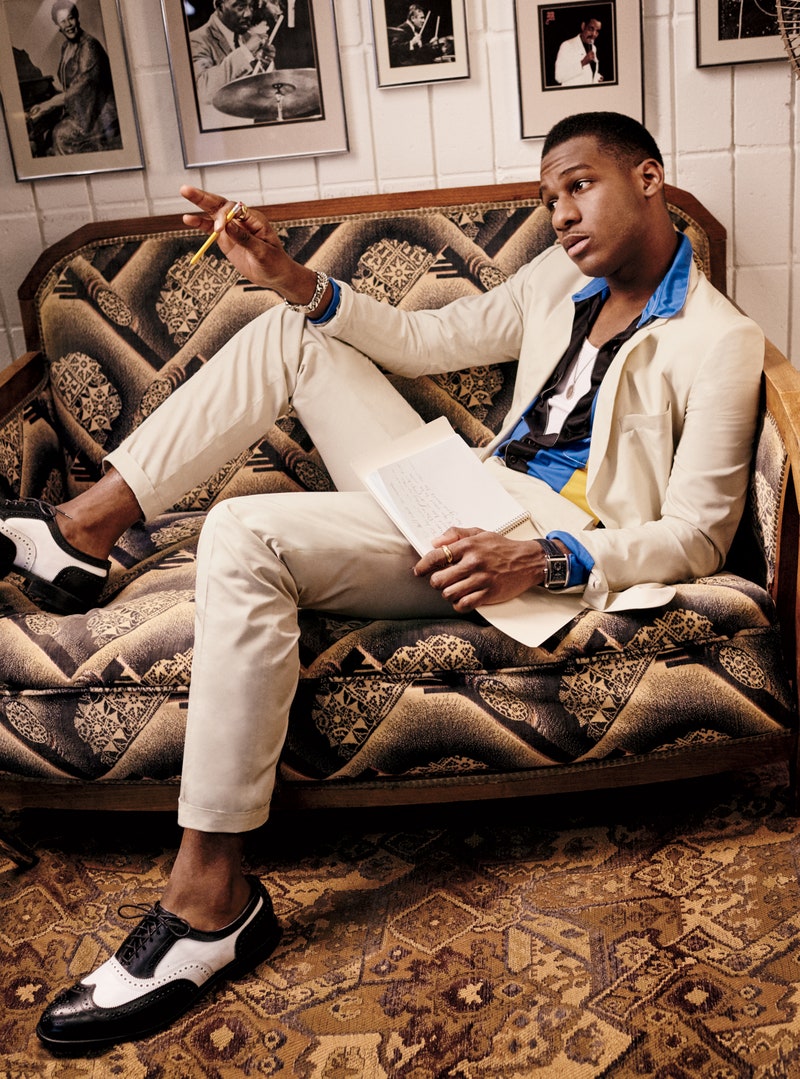 You might recall the commercial  shown during the national television broadcast,  the Grammys, featuring Leon Bridges and glimpses of Fort Worth, Texas.   Press Play

This  silky smooth soul singer’s  music is akin to the sound of the 1960’s era.  Listen to Leon Bridges’ music and you’ll understand why many liken him to Sam Cooke and Otis Redding.  GQ explains the ingredients that make Bridges act so compelling:

Bridges’s hook—the suited-up look, the stripped-down sound—is so compelling that it threatens to hide what’s actually there: a kid who ransacked thrift shops until he found an identity he liked, a coffee-shop songwriter who happens to have early-Motown pipes. “I grew up in the ’90s,” he says. “So I’ll still go to a club—in a suit—and rock some Fetty Wap.

Are Bow Wow and Erica Mena ever getting married?
Tragic News for Toya Wright, Both Brothers Murdered in Drive By Shooting
Making Real Money: Tia Becca Knows Her Niche, The Nightlife Hustle

Maxim's cover girl for the February issue is Victoria's Secret Angel, Jasmine Tookes.  You may recall that last year, Tookes...